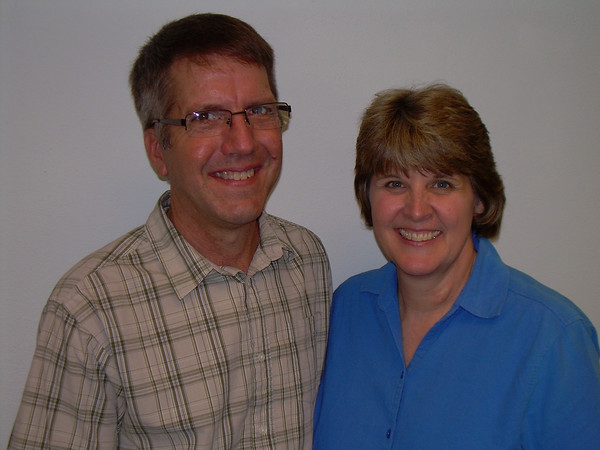 Both Ken and Kathy Teeter grew up in missions. Ken’s parents were overseas missionaries and,in fact, he was born in Guyana and grew up speaking both English and Portuguese. He remembers listening to the Easter story over and over on the shortwave radio as a child in Brazil and God using that to give him an understanding and clear conviction that Christ died for him personally. He eventually attended and graduated from New Tribes Bible Institute with a degree in Biblical Studies, Waukesha County Technical School with certification in diesel mechanics and New Tribes Missions Missionary Training and Linguistics School with a degree in Inter-Cultural studies.

As a child, Kathy’s parents owned and worked a farm but were not saved. When she was four years old, the children were invited to a Vacation Bible School where they heard the gospel. Her oldest brother was saved that week. The children talked her parents into going to church on that Sunday, and God used the service that day to bring them to Himself. The missionary speaker came to their house the next week, and the rest of the children were saved. Even though very young, Kathy clearly understood the gospel message and surrendered her life to Christ. Kathy’s parents Chuck and Fran Phelps later sold the farm, attended Prairie Bible College and joined Open Air Campaigners in 1970. Through the years, Kathy has been involved in local church ministry through Sunday School, Vacation Bible School, backyard Bible Clubs, singing and bike caravan outreach. Kathy attended Toccoa Falls College, Prairie Bible College and, eventually, New Tribes Language Institute where she met Ken.

Before joining OAC, Ken and Kathy ministered in various capacities with New Tribes Mission in Brazil for nearly 25 years.